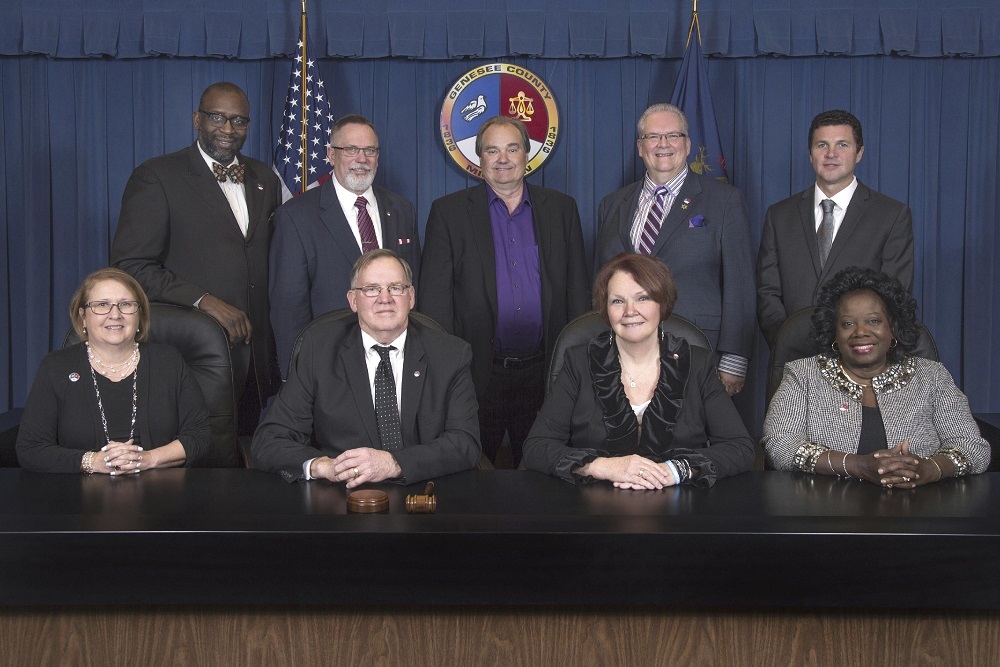 2019 Genesee County Board of Commissioners | gc4me.com

The Genesee County Board of Commissioners is reportedly contemplating whether to settle a lawsuit brought against the county. The plaintiff is a former employee who alleges she was forced to falsify blood lead test results. The tests were samples taken from Flint children during the city’s water crisis.

According to MLive, the woman, April Cook-Hawkins, also sued the county over allegations of wrongful termination last April and made the same allegations in the  Michael Moore film “Fahrenheit 11/9." The film depicted many crimes that the county allegedly perpetrated in order to deceive the citizens of Genesee County.

Since the film was released in 2018, the county has denied any wrongdoing regarding the Flint water crisis, MLive reported. Michael Edmunds, an attorney representing the county in the lawsuit, also told the paper he’s offered to settle the ongoing lawsuit to the County Board of Commissioners but doesn’t believe they will accept his proposals.

He claims the allegations in the lawsuit aren’t true.

“I cannot find any evidence of a dual set of data," Edmunds told MLive on Jan. 7. "I have a legal obligation to relay (the offer) to my clients,” he added.

Both Cook-Hawkins and the county agree Cook-Hawkins examined data linked to the blood lead testing conducted by the County Health Department, but that is where the agreements end. The county has reportedly rejected her allegations that there were two sets of blood data kept. Cook-Hawkins claims, MLive reported, that one set of data was accurate and the other set was allegedly doctored.

Carol Laughbaum, Cook-Hawkins’ attorney, confirmed to MLive that her client and the county never reached a settlement, which was ordered by Genesee Circuit Court Judge Joseph Farah.

Neither side would any details regarding the terms of the proposed agreement, but the county board’s agenda set a meeting on an. 8, which included a closed session so they could further discuss the case with Edmunds.

Want to get notified whenever we write about Genesee County Health Department ?

Sign-up Next time we write about Genesee County Health Department, we'll email you a link to the story. You may edit your settings or unsubscribe at any time.